Diljit and Kangana controversy, what’s the controversy and why? Read the full story here and the recent tweets on farmers protest

Recently, all social media sites are flooded with posts of Diljit Dosanjh and Kangana Ranaut. The controversy started on one of the tweets made by Kangana. In the post, the bollywood actress made a false allegation, claiming that the lady in ongoing farmers protest was available for Rs 100. Later on, the tweet was deleted by her.

The tweet made by Kangana was a false allegation, to which famous Punjabi actor and singer, Diljit Dosanjh replied. Read the whole thread here:

Diljit Dosanjh posted a video claiming that allegations made by Kangana were false as the lady in the farmer protest was Mahinder Kaur, not the one from Shaheen Baag protest(Bilkis Bano).

The argument between Diljit and Kangana got heated as seen in their tweets.

After the series of tweets by Diljit and Kangana, various other artists also replied corresponding to the statements made by Kangana: 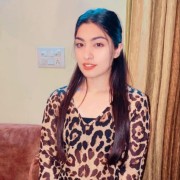 MDH owner dies at the age of 98

Parmish Verma recently got engaged to His Girlfriend Geet Grewal

Khuda Baksh To Collaborate With Sidhu Moosewala For His Upcoming Songs

Nitin Talwar Says: New artists will get a chance in the music world through Orrange Studioz

5 days ago
Leave a Reply